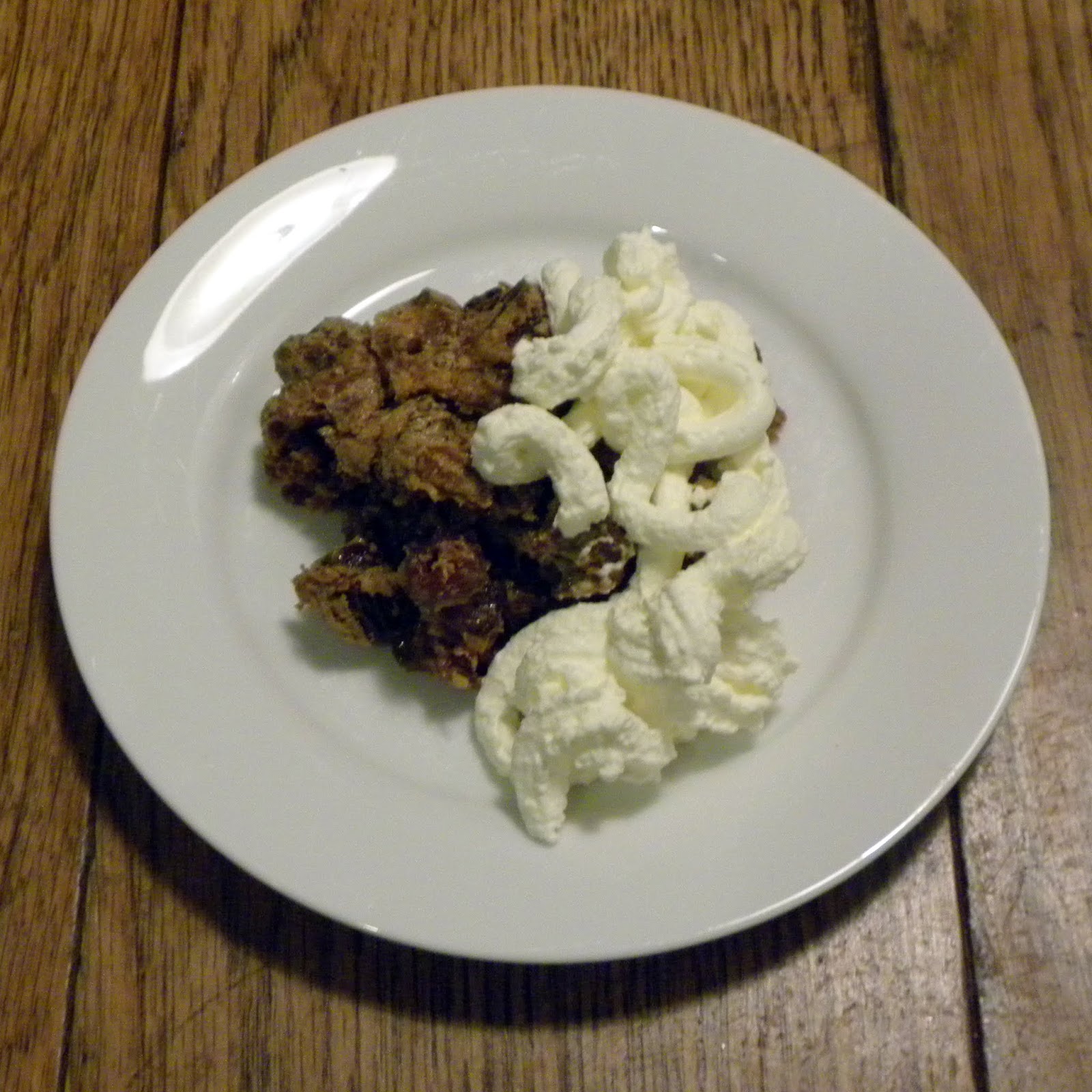 This recipe is from my Grandmother Hope. Don't make it unless you are willing to serve with whipped cream. The whipped cream is really necessary to cut the sweetness of this dish; alternatively non-fat vanilla frozen yogurt could be used. 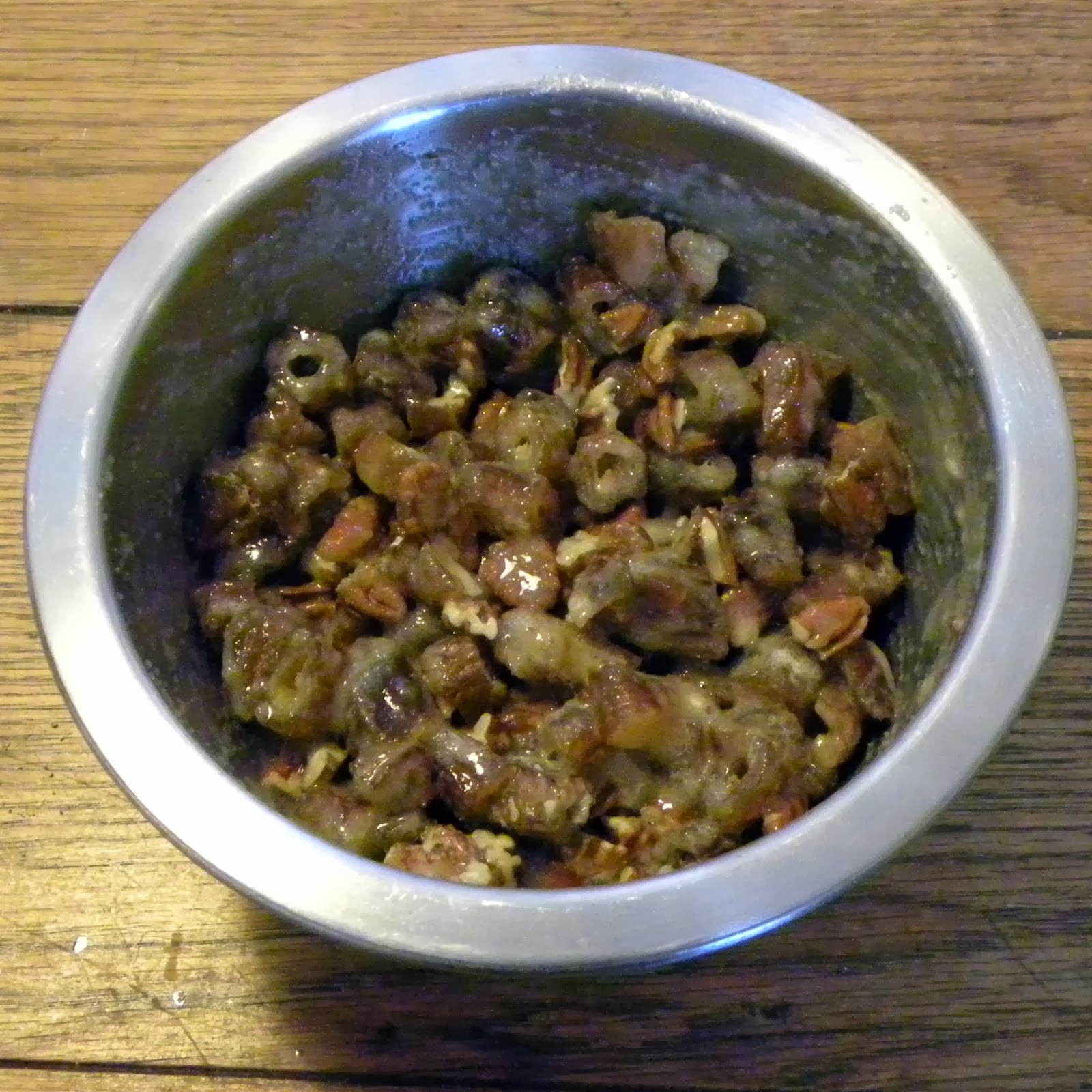 Put in 8” x 8” greased pan (* lined with buttered parchment paper) and bake in slow oven [275 degrees F] about one hour (* one hour and fifteen minutes) or until skewer comes out clean when inserted in mixture, Serve cold with

* January 2014:  I had not made this in many years, but having a little extra whipped cream on hand, I decided to indulge in a half-recipe, using a bread pan instead of the 8-inch square pan. (Photos are of this half-recipe.)  As I read the recipe again, I was reminded of Fruit Cake and decided it would be a good idea not only to butter the pan but to butter the pan, line the pan with parchment paper and butter the top of the parchment paper.  As I was making the recipe, copied as concisely as my Grandmother has written, I tried to remember whether I had previously used 1 T of flour, plus flour to dust the dates.  I tossing the 1 T flour (1 1/2 t in the case of half a recipe) with the dates.  Given the fact the bottom of the pudding was a bit gooey and my Grandmother did not use parchment paper, I'm guessing her  intent was 1 T flour plus enough flour (~ 1 T additional) to toss with the dates.  On the other hand this is billed as a pudding and should not be expected to stand-alone like a date bar, thus the slightly  gooey bottom (tester still came out clean) could be considered a plus.   If minimizing the flour, definitely use parchment paper.