Our purchases at yesterday's Portland Farmers Market included two large bunches of  kale, some potatoes and two packages of local spicy sausage.  A treat was in store.  I know Kale Soup is one of Alex and Dan's favorites but  had yet to try it.  I did some chopping then Alex and Dan assembled the soup which they served with some crusty bread from Ken's.  An awesome dinner!

Dan found the recipe, which he shared with me, in capecodtoday. A traditional Portuguese soup from our east coast sailing waters, enjoyed with family on the West Coast. 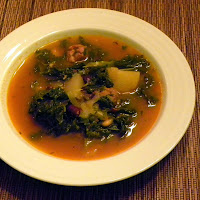 In a large pot heat until warm

Then add, seasoning with salt and pepper to taste, and cook while stirring until onions are translucent:


Add and bring to a boil:

Then add and simmer until the potatoes are tender, about 30 minutes:


Skim off any fat that rises to the surface and remove the bay leaves.

Serve with crusty bread (Ken's if in Portland!) and butter or olive oil. 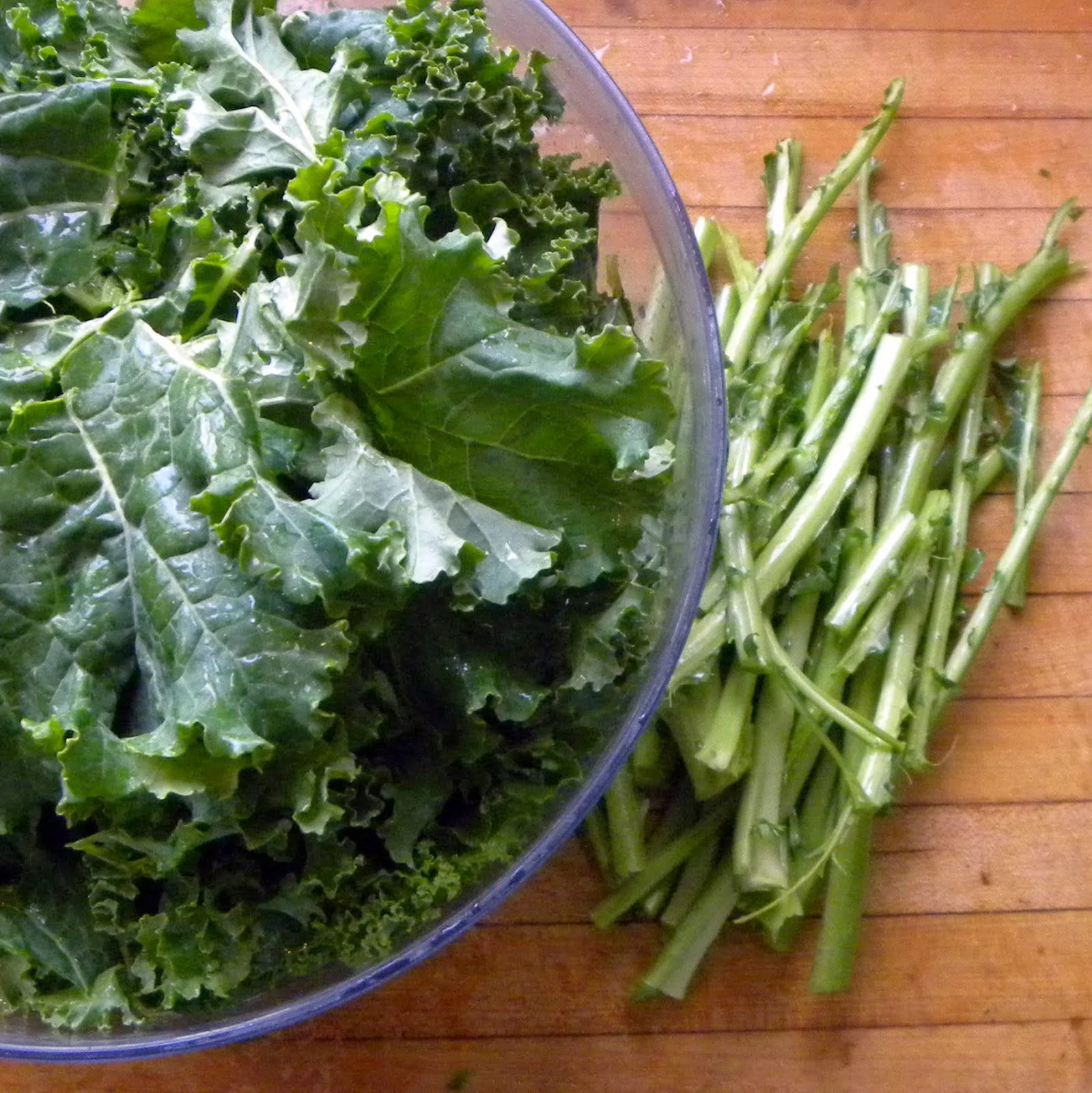 * November 2014: At Chris's request I made this recently, resulting in the clarifications noted above.  I have seen bunches of kale in the market with hardly any main stems but the kale available for this soup had substantial stems.  In fact 22 ounces of this kale yielded 14 ounces of leaves and left 8 ounces of stems and veins.  A bunch of kale with smaller or shorter stems would have had a much higher yield.  14 ounces seemed a good amount though I think a full pound might have been better as the leftover soup was strong on beans and potatoes and short on kale. 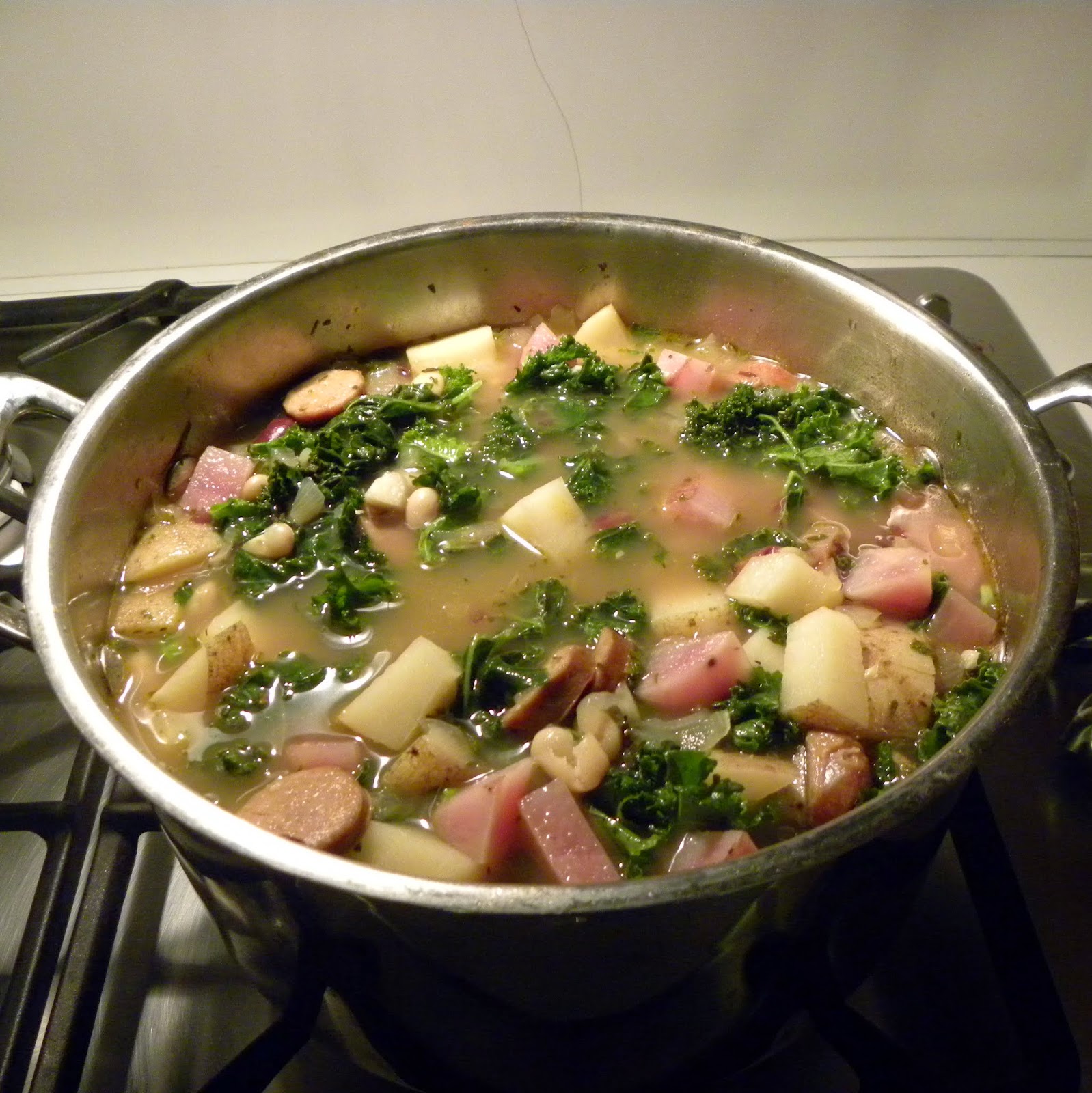 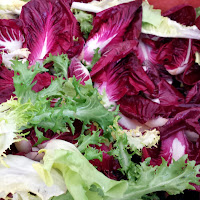 Yesterday we left snowy New England for Portland, Oregon. We spent this morning wandering around the Farmers' Market.  The weather was overcast, and the veggie selection was not as varied as in warmer weather. However, there was lots of local holiday color and we easily filled a backpack with local produce, sausage and roasted hazelnuts :-) 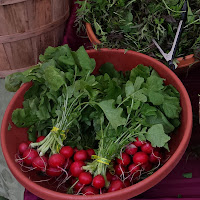