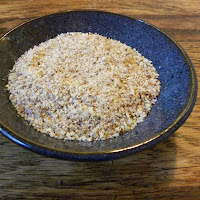 Chris introduced me to Veganomicon over a year ago and when I wanted a topping for Vegan Fettucine Alfredo I remembered a recipe from this book that had caught my eye: Almesan. The authors, Isa Chandra Moskowitz and Terry Hope Romero write, "'This is our vegan version of Parmesean made with almonds, sesame seeds, and a little lemon zest.  It's great for when your pasta needs a sprinkle of a little somethin'...."  I make a double recipe and initially omit the lemon zest. Easy enough to add a little lemon zest when serving, and the topping keeps longer when zest has not been added. 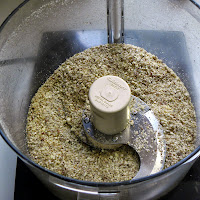 Combine in a food processor and pulse until everything turns to tiny crumbs: 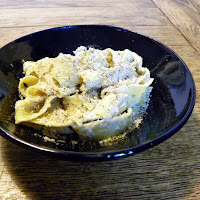 This is great sprinkled on pasta tossed with Vegan Cream Sauce. 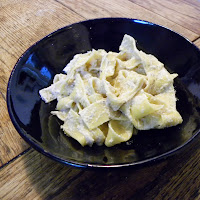 Following up on our vegan dinner at True Bistro and the subsequent promise in my last post, I have been working on a basic sauce that will replace (or mostly replace) the decadent Fettuccini Alfredo which I like so much. Based on several sources, the key seems to be nuts and water combined in a food processor and blended until smooth: 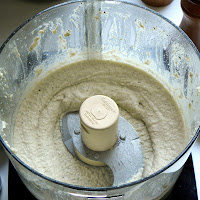 Initially focused on a vegan (no cholesterol) version of  Fettuccine Alfredo, I added just a pinch of nutmeg and freshly ground pepper to taste. However, this sauce lends itself to so many variations;  add a clove or two of garlic and/or fresh herbs to the blender bowl, mix fresh, coarsely chopped herbs into the sauce, the possibilities are limitless.... I intend to try a lot of variations in the months ahead as this sauce becomes a staple in my dinner repertoire. 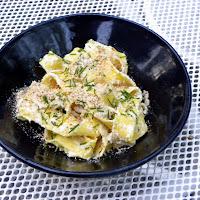 For two servings, I tossed about half of this sauce with 6 ounces of Trader Joe's Lemon Pepper Pappardelle Pasta and topped with Vegan "Parmesean" and fresh chives from my garden (photo at left). The remaining sauce kept well in the fridge until Ed and I had a similar meal several nights later. 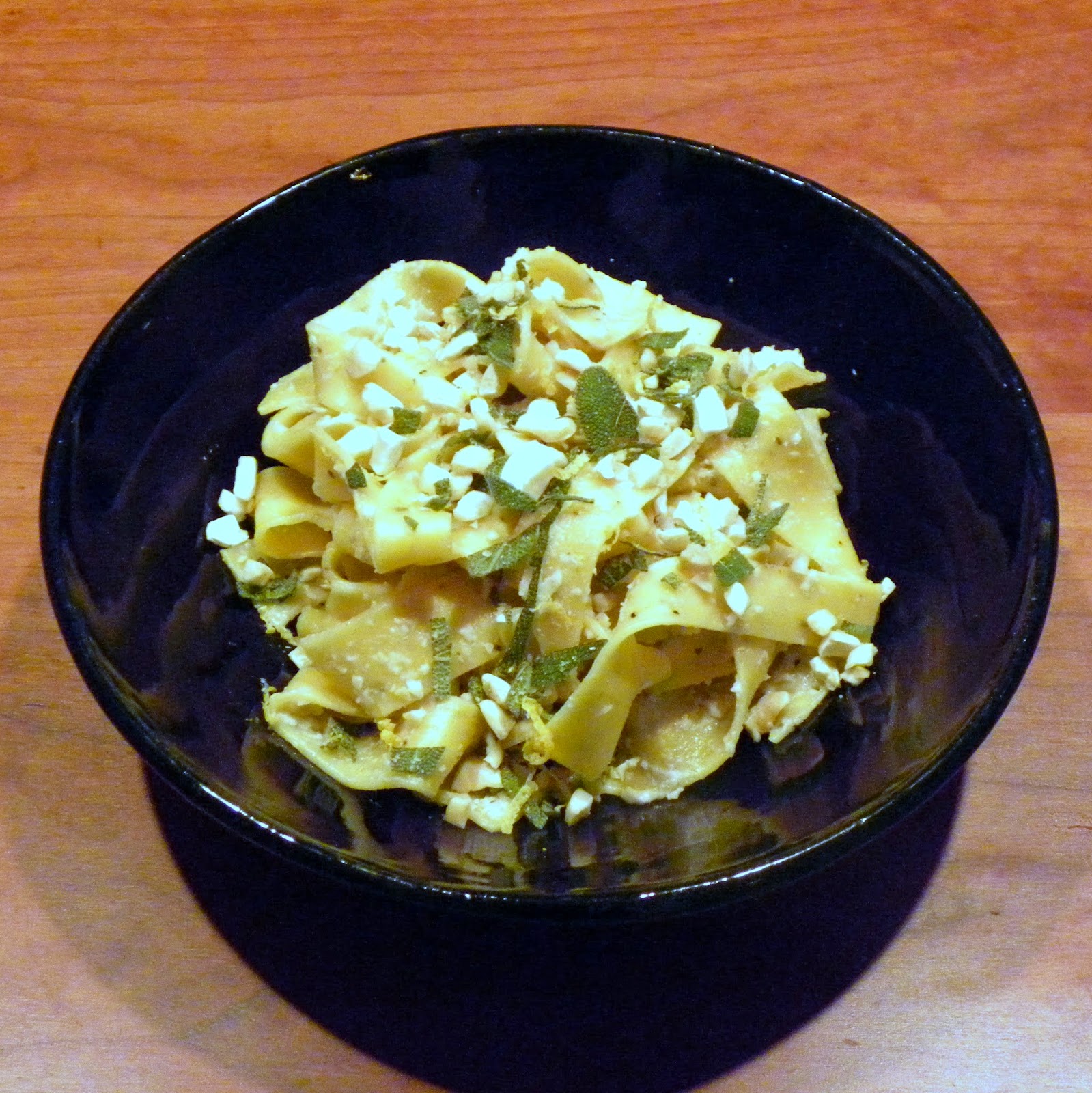 January 2014:  Tossed some Cream Sauce with Trader Joe's Lemon Pepper Pappardelle Pasta and topped with a mixture of the zest of one lemon, several fresh sage leaves, slivered and a couple of tablespoons of cashew,s coarsely chopped. Excellent.


June 2017:  Guess I've been lucky, but I was told by a chef friend this winter that this mixture will expand when left in the refrigerator and warned that I should be sure to put it in a container that allows for this expansion!