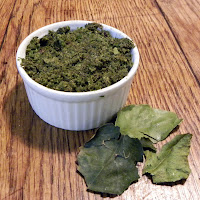 Though some may consider it "quaint", I still use the library, especially for cookbooks.  I had waited quite a while for Terry Romero's Vegan Eats World.  When I went to pick it up, the librarian said, "This book looks really good."  I replied it would probably be good, but I would still probably be disappointed as in my experience subsequent cookbooks are rarely as good as the author's first. Wrong. This is one of the few cookbooks I have borrowed from the library that I actually purchased.


The first recipe I tried, still trying to re-create Phat Thai's green curry, was "It's Easy Being Green Curry".  It has a lot of ingredients but the author notes, "The curry paste can be made days ahead, even frozen, making this a relatively fast weeknight meal."* This recipe, like Chicken Curry (Devaka), is a made-from-scratch, not "curry-powder-curry".   In the recipe below,  loosely adapted from Romero's, I took some short cuts. I used prepared ground coriander and cumin seeds, rather than toasting and grinding the seeds myself. I used powdered galangal root, rather than the 1/2-inch-wide piece called for (though optional) and prepared lemon grass. I did not have Thai or Serrano chili so I used a jalapeno and 2 scallions instead of shallots.  Finally, since I had returned the book to the library and my copy has not yet arrived, I did not have Romero's recipe for Savory Baked Tofu, so not being a strict vegan substituted chicken. Because I used chicken breast instead of dark meat as used in Deveka's Curry, I overcooked the chicken, but the sauce itself was excellent. I've since made this with dark meat with excellent results. Looking forward to trying with tofu.** Combine in a food processor: 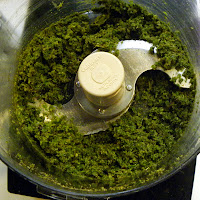 4 cloves garlic, peeled and chopped in half

Pulse into a smooth thick paste, using spatula to frequently scrape the sides of the bowl. 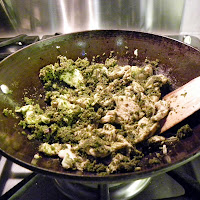 In a 2 quart pot or wok, over medium heat, melt 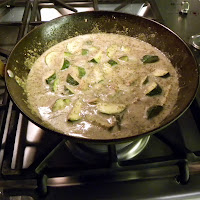 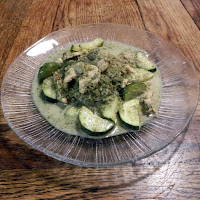 
Simmer for another 8 to 10 minutes or until vegetables are slightly tender but still have a bit of firmness to them.  Serve with rice. 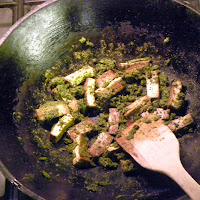 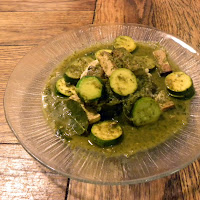 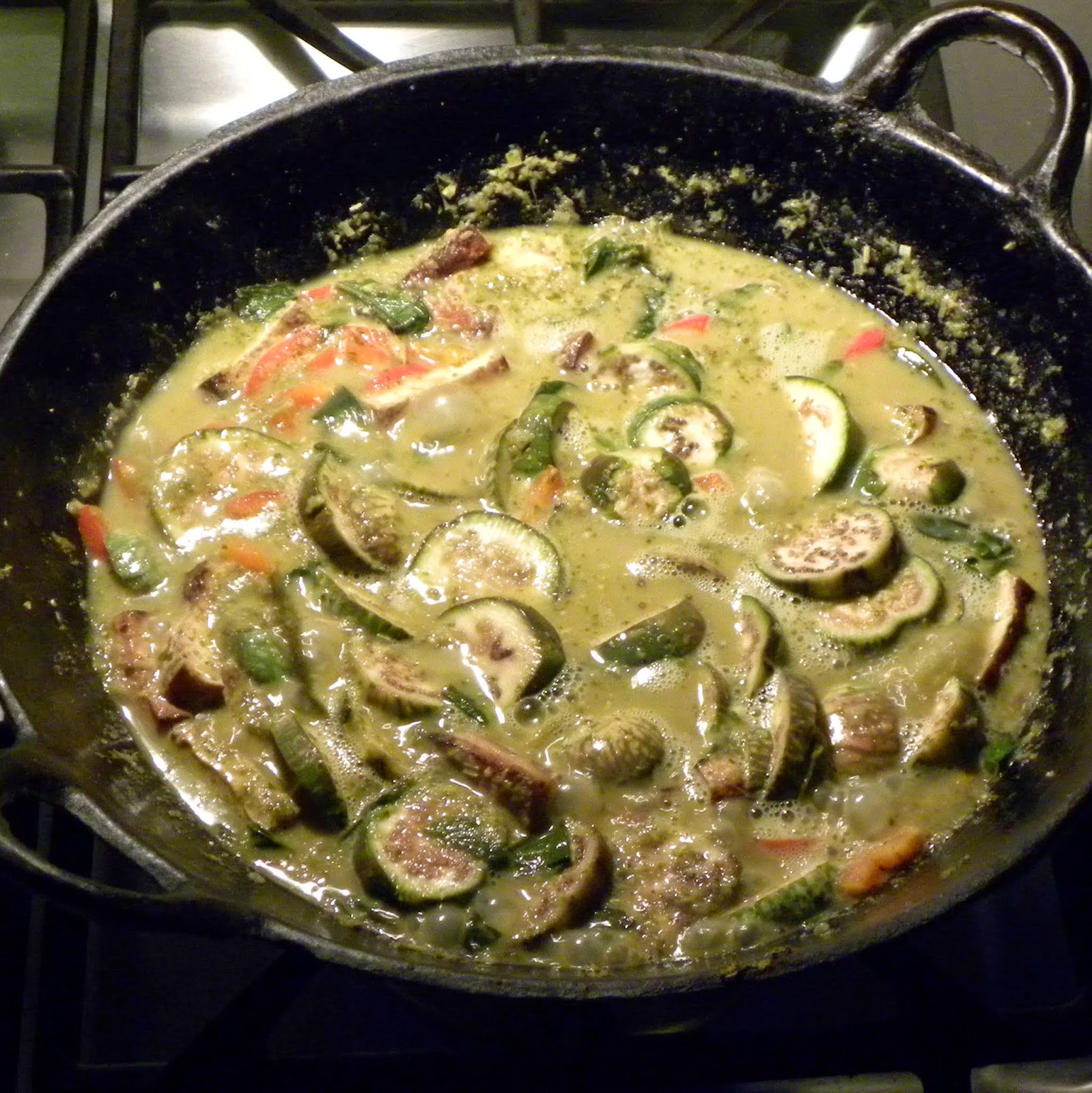 *** Romero also suggests as alternative to zucchini, 6 Thai apple eggplants, stems removed and sliced into quarters.  If using Thai eggplant, add to the curry just two minutes before curry is done (or sooner - see below).

January 2015:  Found some Thai eggplant at the new Market Basket near us.  Either I sliced the eggplant too thick (photo left) or the eggplant was tougher and/or bigger than the kind Ms. Romero uses.  I added it late as directed but found I needed to cook it  almost long as zucchini of copmparable thickness. 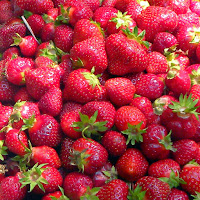 A few night ago after Ed and I had just finished some of the strawberries I had picked, Ed looked over at my plate and said, "What a mess!"   Proffering his own plate, he continued that for someone who was so focused on presenting food, I didn't care much about, "de-plating". 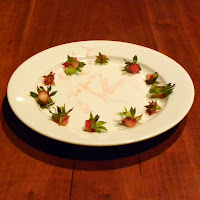 On his plate, the strawberry stems, cut carefully from the berry with his small buck knife, with a small cone of white strawberry flesh still attached, were arranged clock fashion. (Not only did he consider this much more attractive but in his nerdy way easier to keep track of the number of strawberries he had consumed.) 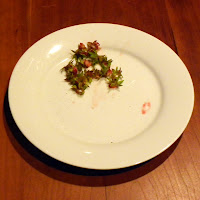 On my plate, the strawberry stems, pulled from the berry were randomly strewn.

Thinking of the chefs who buy a whole local pig and then in attempt to utilize everything but the squeal offer "pork three ways", why not strawberries ringed with tiny stems and reduced balsamic?