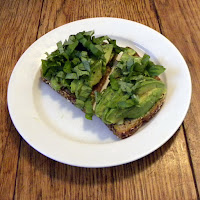 I love avocadoes!  When on a three week business trip to Indonesia many years ago, one of the lunch options was a whole avocado, cut in half with a little seafood salad in the pit hole. Ordered it every day.  Love avocado Tacos, Guacamole, and avovado slices in turkey/chicken sandwiches. When having lunch at Forge Baking Company recently, I ordered the pizza slice. No pizza, but if you want something light, the server suggested, order:
AVOCADO TOAST – Avocado topped with salt, pepper, and olive oil on choice of housemade bread .
Missed this on the menu because it is actually a breakfast offering (thinking now of the avocadoes offered for breakfst during a trip to Costa Rica), but also available for lunch.  Yum! Why didn't I think of this? So delicious and easy to make.

Recently, I had a box of fresh basil from Chris's indoor garden, a loaf of Dave's Killer Bread, which I had bought on reccomendations posted on our town "link", and of course, avocadoes, so I improvised accordingly. 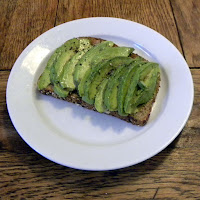 Arrange sliced avocado on toasted bread.
(Looked prettier at Forge.  Avocado was very thinly sliced and  arranged in aperfect line on the toast. Think they must have use a slightly firmer avocado.) 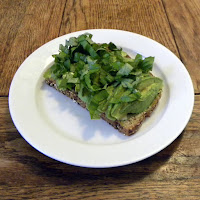 Olive oil, drizzled
Salt (this is a recipe where salt is important!)
Pepper

Then sprinkle with (addition to Forge recipe)
Basil, coarsley chopped

Silce in half. Enjoy for breakfast and lunch!
Posted by cookscache at 4:12 PM No comments:

Last winter a friend of Mom's asked me for Mom's Plum Pudding recipe.  It took a fair amount of digging through her recipe books and folders but finally I came upon a "xeroxed" recipe - a vintage copy where the print gradually vanishes as if written with disapearing ink. Most all of it was still, though faint, readable. By then it was early spring and hardly the time to post a winter holiday recipe. I probably won't make this since  Christmas Pudding is not as popular at our house now that Chris has taken over making holiday desserts, but given this blog is mainly for family this recipe, a medieval dessert cooked in a microwave oven,  deserves to be included.

I'm pretty sure this recipe contains the most ingredients of any recipe on this blog.  It also makes a huge amount. As I recall, Mom made a few smaller puddings for gifts, served some pudding at Christmas and took some to a New Year's Eve gathering she and Dad attended for many years.  I'd definately consider halving or even quartering the recipe though a partial recipe would probably result in lots of leftover ingredients.

In a large mixing bowl, combine:

Cover and let sit in a cool place overnight. Next day add

"and stir into batter. [Pour batter into? - illegeible, ink vanished! Should the containers be buttered/"greased"? I would butter] any of the following containers:

A 4 cup glass measure [ing cup] makes the traditional high shape. A Pyrex casserole or bowl with a glass in the center makes a ringed shape, or a glass bread pan makes a loaf shape.

Fit 2 layers of brown paper into the bottoms of the molds. Fill molds 2/3 full with the batter.  Cover tightly with plastic wrap to get the steamed effect.

Microwave 10 to 15 minutes until top is almost dry and a toothpick comes out clean. Timing depends on shape and volume of mold. For best results cook one at a time and turn as it bakes.

To Store: [Remove from molds. ]Wrap in brandy soaked cheesecloth then in plastic wrap. Store in a cold place or freeze.

To Serve: Reheat, without unwrapping, in microwave oven 2 - 3 minutes.

Hard sauce recipe should be triple or 4 times the above to serve with pudding."
Posted by cookscache at 4:06 PM No comments: 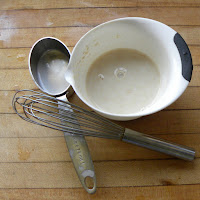 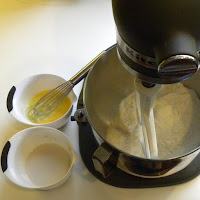 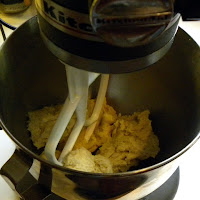 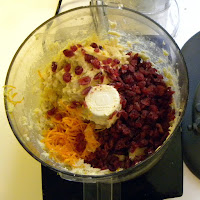 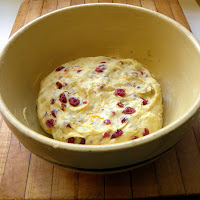 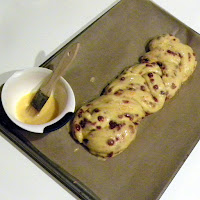 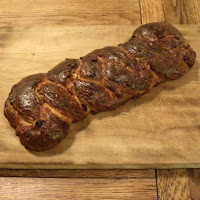 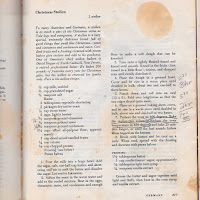 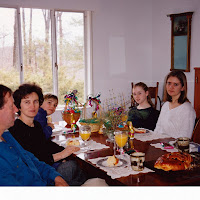 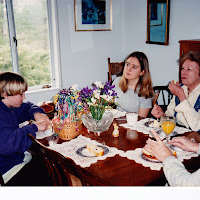 Posted by cookscache at 11:43 AM No comments: 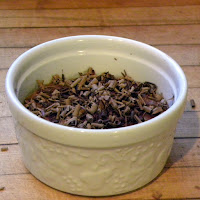 Yesterday while reading the New York Times I saw a reprint of a Mark Bittman recipe for Mexican Chocolate Tofu Pudding. Reminicent of my favorite Vegan Chocolate Flourless Torte as well as another favorite, Boulder Mexican chocolate ice cream, I decided to give it a try. Besides, it would be a perfect finish for the enchilada lunch I planned to make my Mom tomorrow  Then I reread the recipe, I planned to use really good bittersweet chocolate which I eat right out of the bag and tofu isn't really bitter, why so much sugar? I cut the sugar and water by a third and the result was just right. 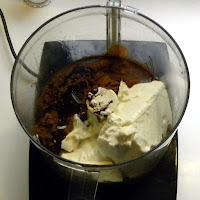 In a small pot combine:

Bring to a boil and stir until sugar is dissolved.

Place in a glass container: 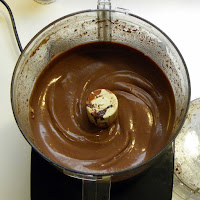 Microwave for 2-3 minutes, stirring every 30 seconds, until melted. Do not overcook, chocolate will burn in the microwave!

Put the sugar water mix and chocolate a blender or the bowl of a food processor and add: 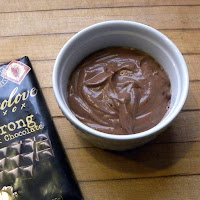 Puree until smooth.  Divide among 6 ramekins (about 4.5 oz in each) and chill for at least an hour. Before serving (or before chilling), garnish with

(A chocolate bar works, but a block of chocolate would provide longer chocolate curls.)