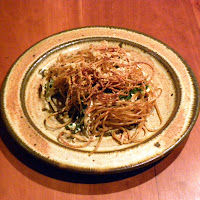 This recipe is very loosely adapted from a recipe called ”Layered Spaghetti and Spinach” which I found in the Aspen Historical Society Cookbook many years ago. 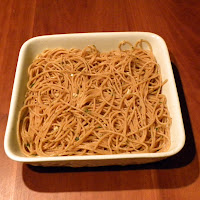 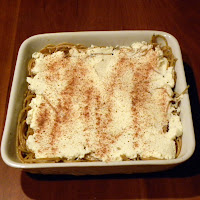 16 oz part skim ricotta cheese over the pasta, sprinkle with

Ground nutmeg, then top with 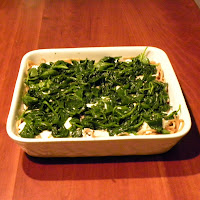 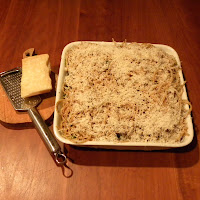 Spread remaining pasta mix evenly over the ricotta/spinach and sprinkle with: 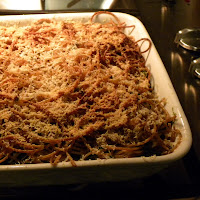 * When I made this before Chris decided he liked spinach, I put spinach on ¾ of the pasta and left a quarter with no spinach for him.

** When using frozen spinach remove as much moisture as possible; a good way to do this is to actually wring the spinach in your (clean) hand as if squeezing a sponge.