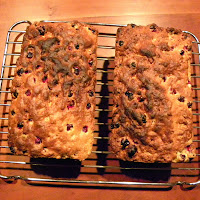 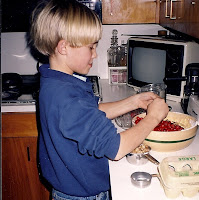 This bread, adapted from a recipe with the same name in the original Silver Palate Cookbook by Julee Rosso and Sheila Lukins, was a standard holiday gift for Alexandra and Christopher’s teachers - a very special gift as Alexandra and Christopher often help make or later made the bread themselves. Photos at left show Christopher making bread in December 1993. It has become a family tradition at Thanksgiving and Christmas.

This is one recipe that should not be made with frozen cranberries. I found this out the hard way when I made a batch of four loaves, gave three away and kept the fourth. When we tried the "fourth loaf" the bread though it had appeared done was soggy in the middle. 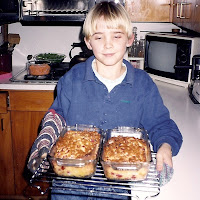 Recipe is for 1 loaf. For cooking efficiency, I usually make at least two loaves at a time.

Combine in a mixing bowl:

Pour* batter into prepared pan and bake for 45 to 50 minutes until a small skewer inserted in the center comes out clean. Remove bread from oven and cool in pan for 5-10 minutes; then remove from pan and cool completely on rack. Wrap well. This can easily be kept for 1-2 days before serving. It is especially good toasted with/without butter. 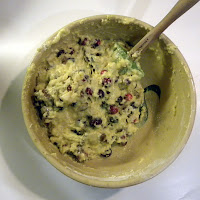 *DECEMBER 2011 UPDATE:
Christopher e-mailed me a few days ago: "in the cranberry bread recipe where it says "pour batter" is it really meant to be liquid enough to actually pour?"  Well the Silver Palate Cookbook does say "pour", but Chris is correct, my batter is never liquid enough to pour.  I use the mixing spatula to scoop the batter into the buttered bread pan and then to level-off the top of the batter once it is all in the bread pan as it is too stiff to level itself. 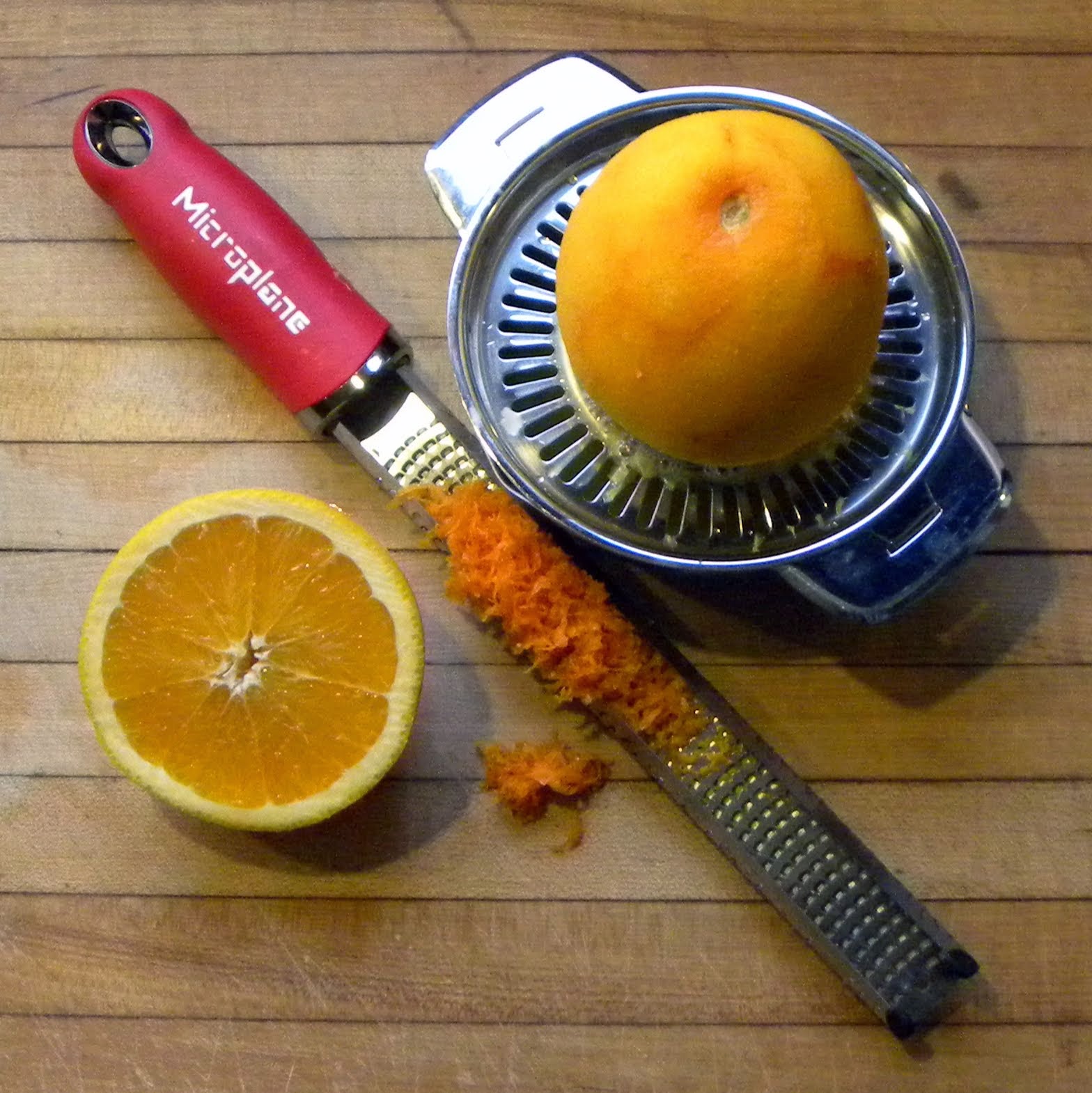 ** DECEMBER 2014:  Chris questioned the use of orange "rind" vs orange "zest".  Rind (used in the Silver Palate recipe), he argued, is the entire skin (orange and white) of the orange, while zest is the outer orange layer.  He also brought us a loaf of his bread made with the zest of one orange and the juice of the same orange.  He adds enough water so the juice and water equal two thirds of a cup. This loaf really convinced me that the zest adds a lot to the bread; I will be including it in future loaves.