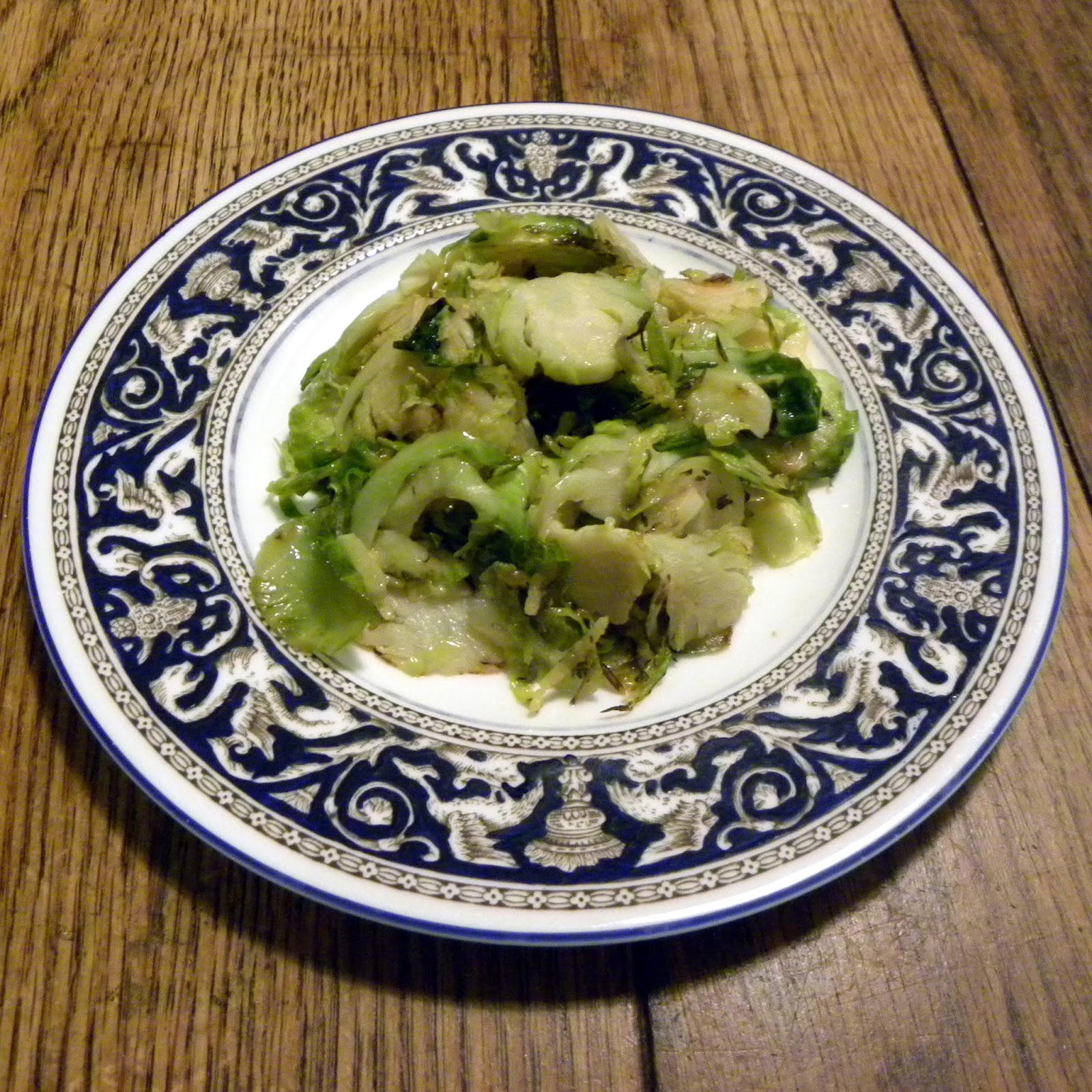 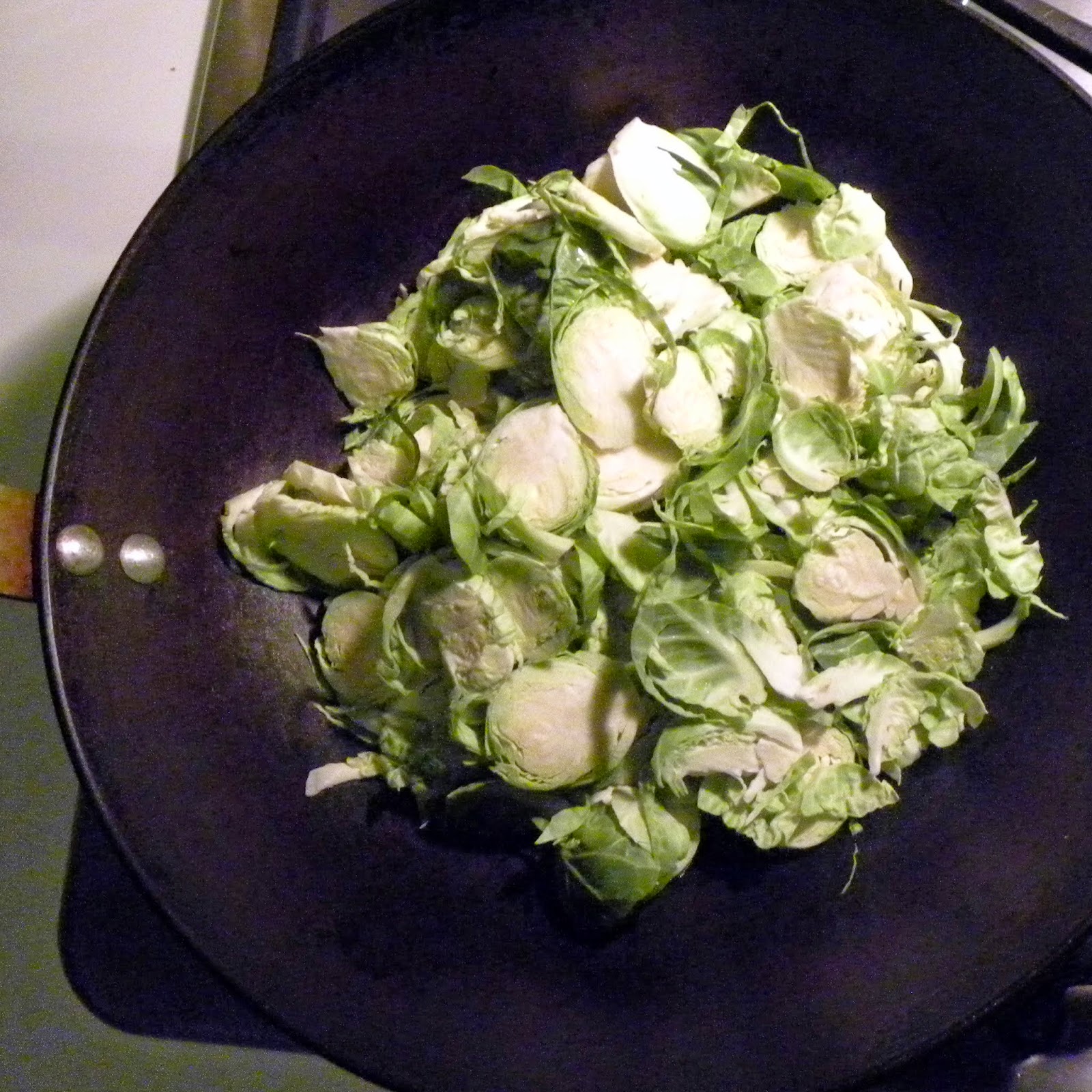 We are having a small, simple (but even simple is decadent in the world context) Thanksgiving this year. Six people and just a few dishes to go with the turkey.  I am making Roasted Almonds, Cranberry Ice and "something green".  Since Chris has already done a trial run on the pie he is making (Cranberry Linzertorte), I decided I should test my "green thing".   My one criteria is the "green" should be fresh and preferably local, not the token frozen peas of years past.  After finding local brussels sprouts, I cobbled together several recipes, and made a warm brussels sprouts salad tonight. Think it is going to work :-)

Ed, who likes brussels sprouts declared it one of the best salads ever, I, who am not crazy about this vegetable, thought the salad was very good.

Prepare the brussels sprouts removing any moldy outer leaves, trimming the stems, and slicing very thinly lengthwise. Weight, after trimming should be 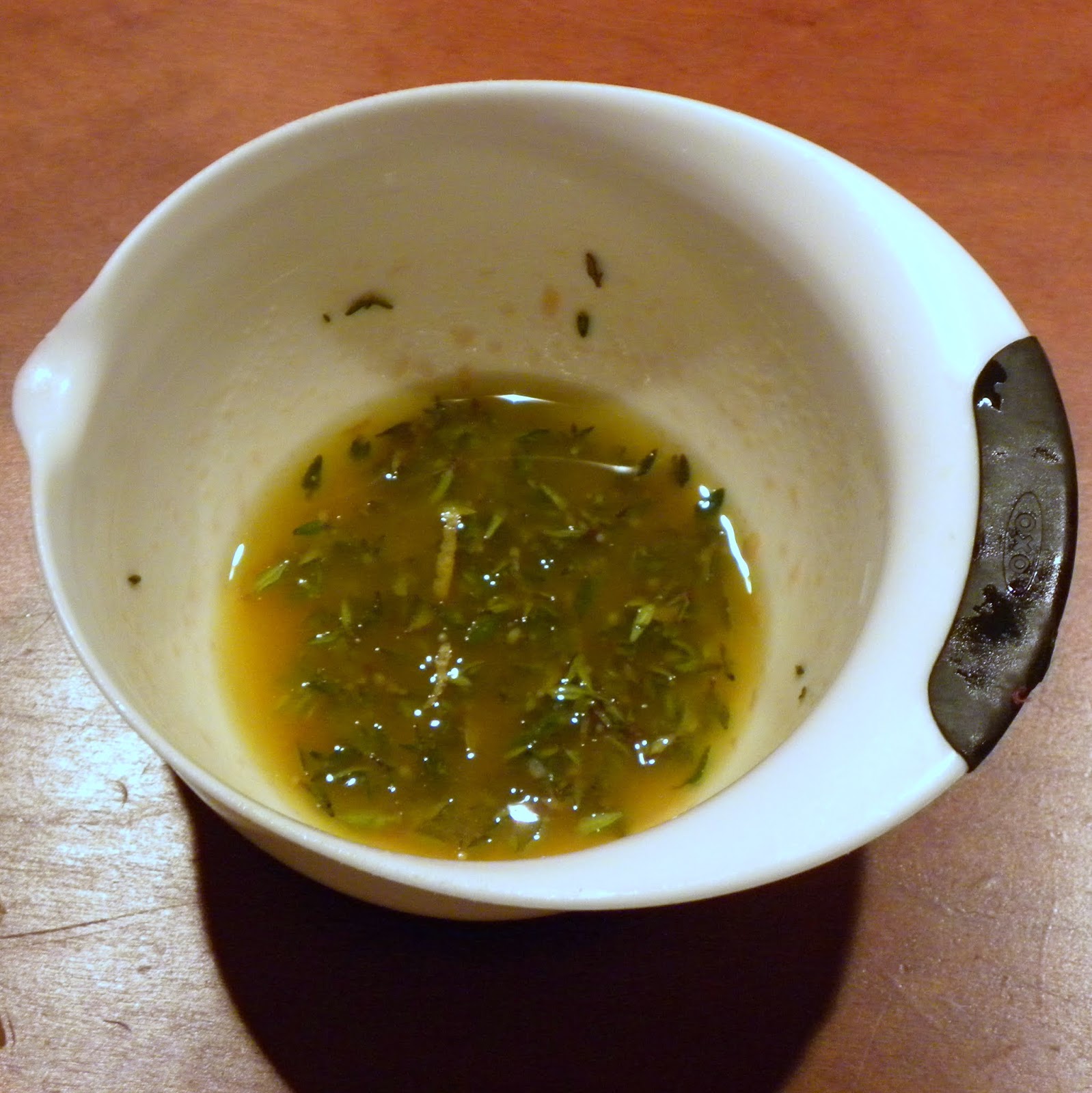 Next,  make the dressing by whisking together in a small bowl: 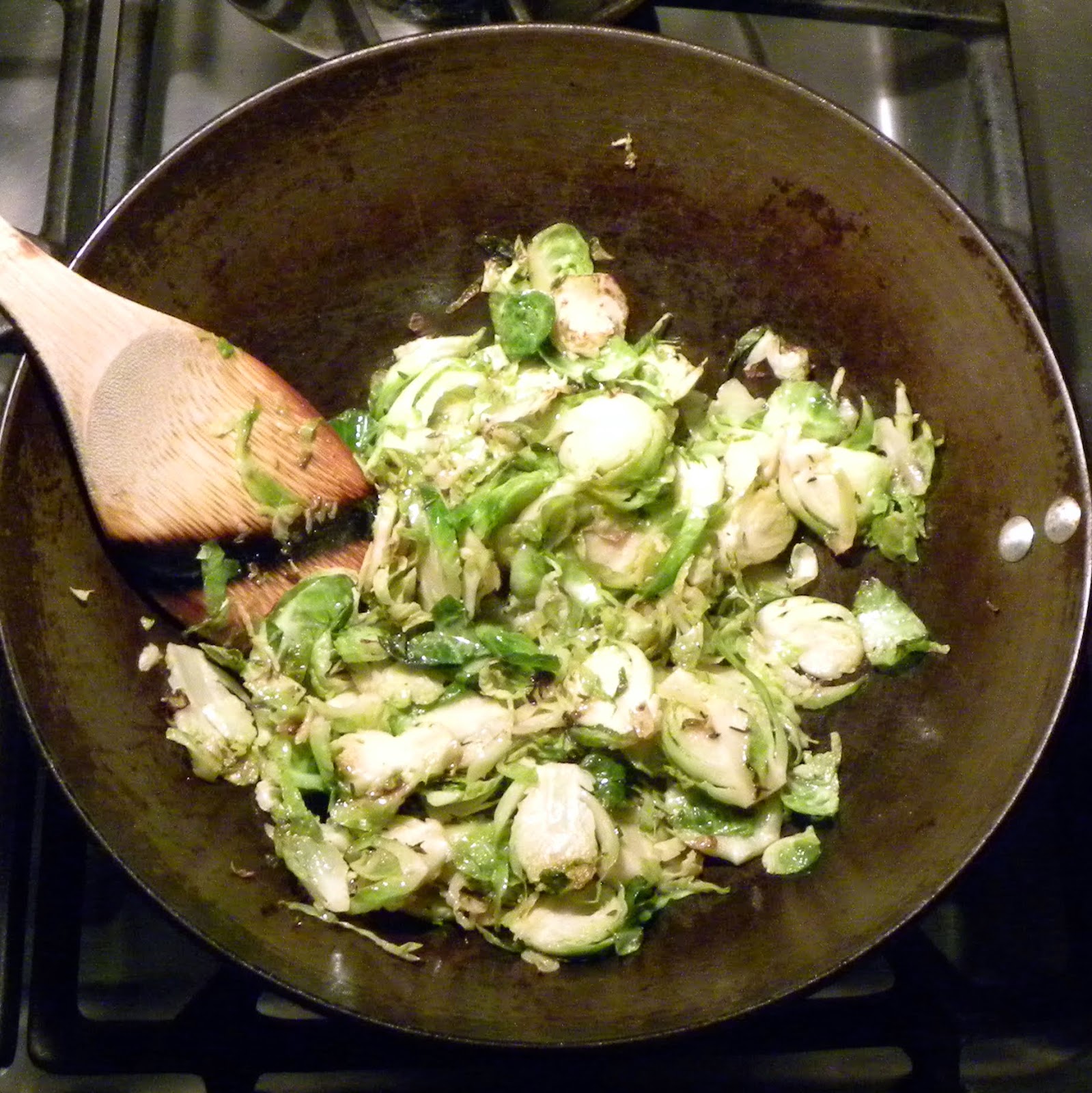 Heat a skillet or wok until hot, add enough olive oil to thinly coat the bottom. Add the brussels sprouts and cook over medium high heat, stirring constantly until just barely tender.  Brussel sprouts will be lightly charred in spots. Remove from the heat and stir in about half the dressing.  Let cool to room temperature.  Serve with the remaining dressing on the side.

Also good plated on a small bed of arugula or thinly sliced kale.
If serving this way, add all the dressing when cooking.

December 2014:  ROASTED BRUSSELS SPROUTS  Since I could still get local sprouts at Christmas time , I cooked the sliced and stir fried version  a few times over the holidays. Then Alex and Dan suggested they cook just plain roasted brussels sprouts.  They preheated the oven to 450 degrees F. Cut away any tough stems and removed any damaged/moldy outer leaves from the brussels sprouts. They then tossed the brussels sprouts in olive oil and salted them liberally using a coarse salt.  They baked for about 5 minutes --- some thought the brussels sprouts were on the "crisp" side and could have been cooked longer.  Check after 5 minutes, then remove from the oven or continue cooking until the sprouts are done you your taste.