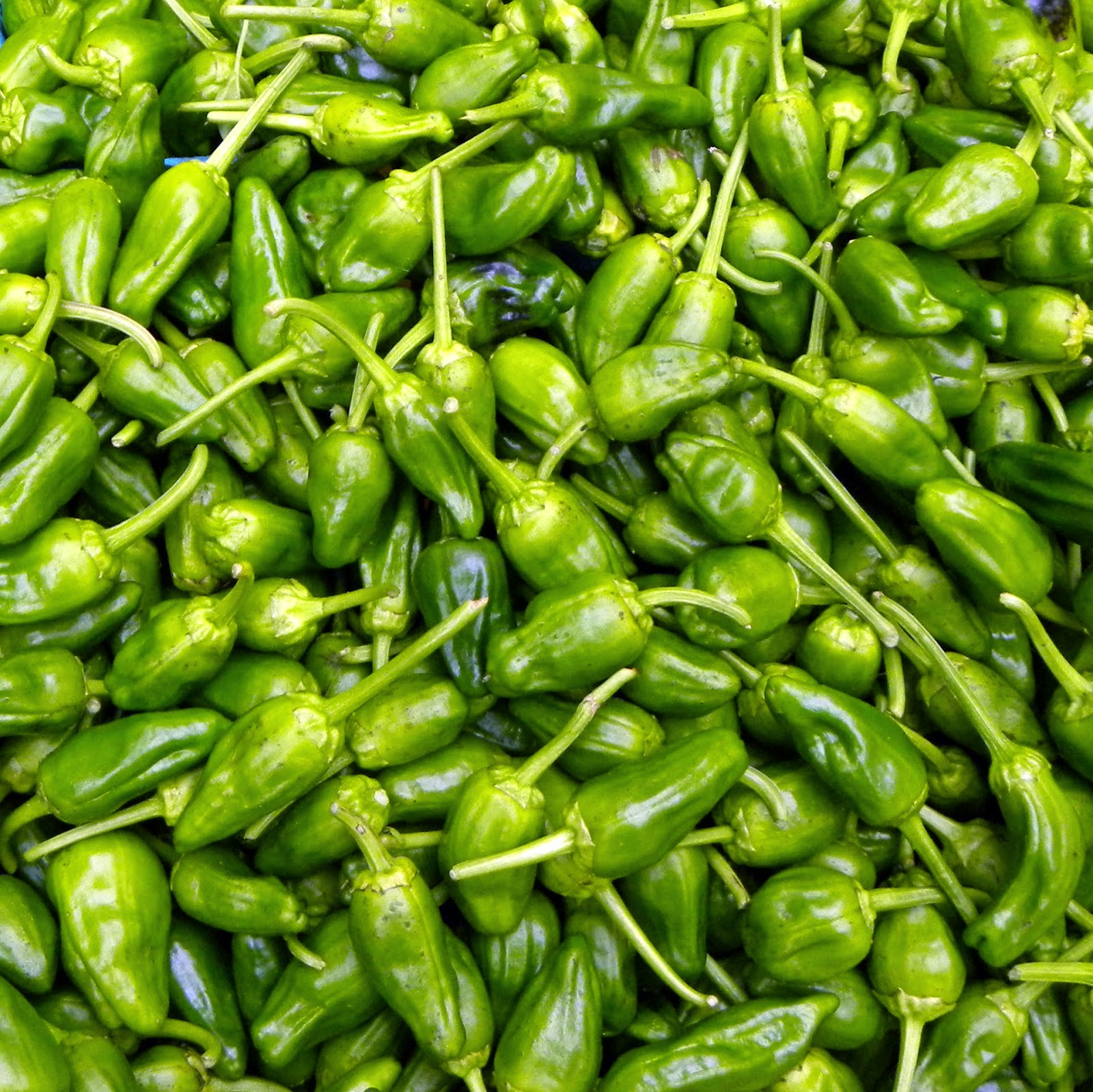 Almost every time I go to Portland (OR), especially the Portland Farmers Market, I, often with the help of Alex and or Dan, discover a new veggie... Haiku Turnips, Lobster Mushrooms, and Celeriac to mention a few.  This year was no different.  Alex, Dan and Henry spent the spring in Spain where Alex and Dan really enjoyed the tapas including padron peppers. When we visited Portland Farmers Market in early October, Dan purchased some padron peppers which he later roasted and served with a chilled Spanish white wine on the terrace. What a late summer treat! The peppers were so good that when I returned to Portland in late October and found them still in the Farmers Market I could not resist.  Alex and Dan vetoed the first basket I chose telling me the peppers are much better when they are small and we should check out a different vendor to get the smallest peppers.  When we got home, Dan showed me how to prepare them. 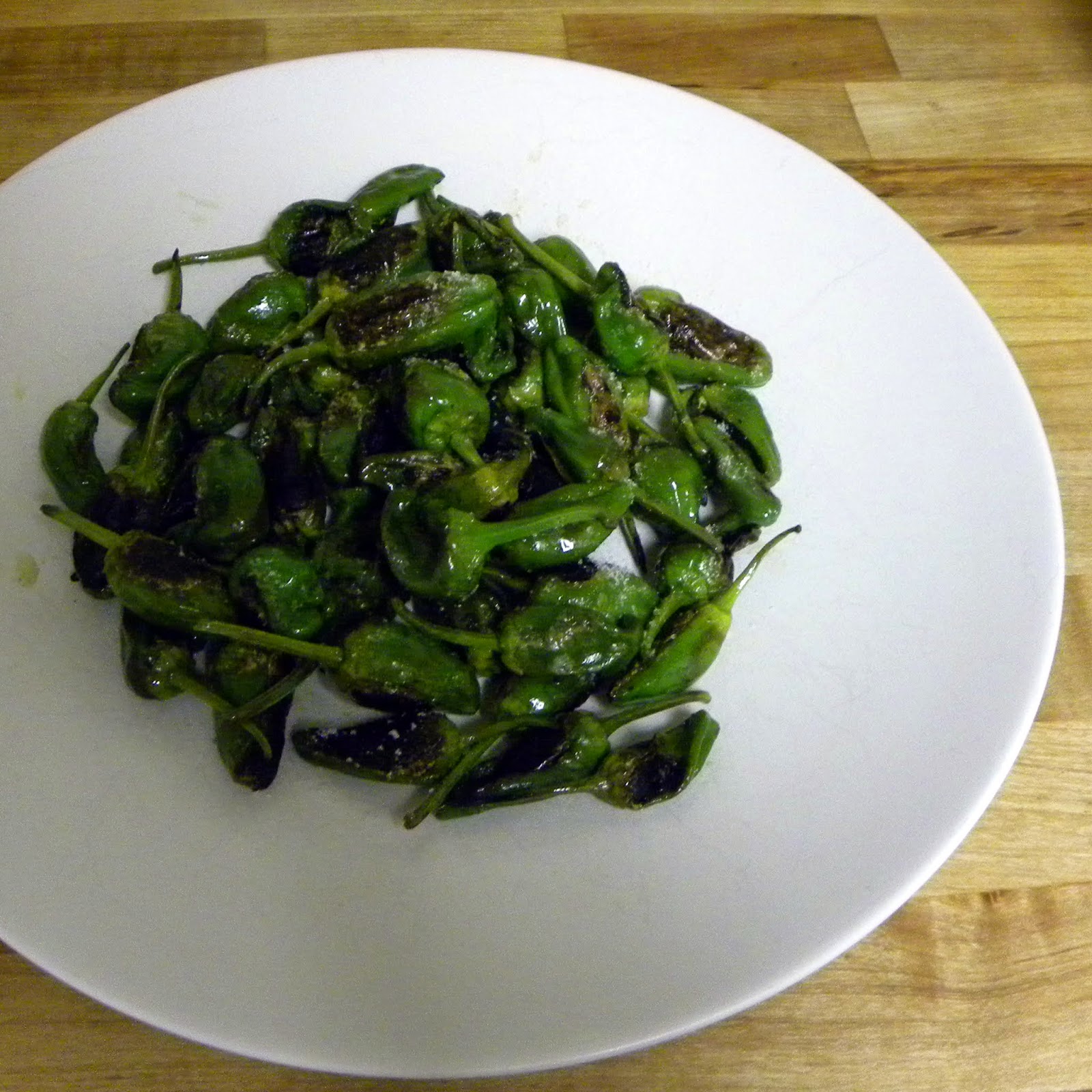 Wash and dry the peppers.  Heat a cast iron frying pan large enough to accommodate all of the peppers (or better a small batch of peppers) on one level. When the pan is hot, add enough olive oil to lightly coat the entire bottom of the pan.  When the olive oil is hot add the peppers.  I started just stirring the peppers as they cooked, but Dan pointed out that it is much better to turn each individual pepper as it blackens on one side. They blacked very fast towards the end of cooking and I belatedly discovered this would have been better done in smaller batches. When peppers are lightly blackened on both sides, remove to a serving platter,  salt generously and serve immediately.

Email ThisBlogThis!Share to TwitterShare to FacebookShare to Pinterest
Labels: d'oeuvres