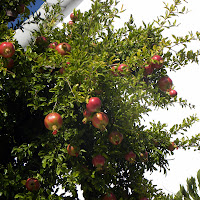 I never thought I would quote Martha Stewart. However, I was doing errands Saturday and listening to Wait, Wait, Don't Tell Me! Ms. Stewart was a guest and, as part of her introductory banter, she discussed how to de-seed a pomegranate. Since pomegranate seeds are one of my fall favorites, and since I already had 2 among the groceries in my car, I paid attention. 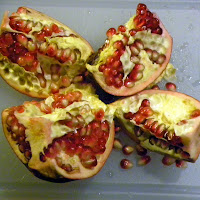 Cut a small sliver off the top of the pomegranate. Score the skin, first in half and then in quarters; don't cut deep enough to cut the seeds.  Then break the pomegranate into quarters. Hold a pomegranate quarter, seed side down, over a bowl (I put the bowl in the sink to help contain the pomegranate juice which stains anything it touches) and tap vigorously on the skin with a wooden spoon.  While Ms. Stewart removes all the seeds in this manner, I helped some of them along with my fingers.  This method is very quick and does not damage the seeds. Store the seeds in a covered dish in the refrigerator. 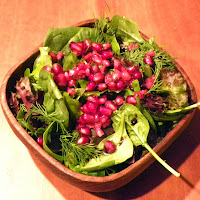 Though we had beautiful pomegranate trees (top photo) outside our room at Las Chimeneas, I do not recall being served any. Must have been our timing. Pomegranates are found in traditional Moorish recipes as well as in Samuel and Samantha Clark's Moro cookbooks both of which inspired the cuisine of Las Chimeneas.  On my list of "to trys" is a Moro recipe for Bulgar, Celery and Pomegranate Salad. Meanwhile, I use the pomegranate seeds on Bitter Greens with Maple Mustard Dressing or with a little bit of aged balsamic vinegar on top of mixed greens. 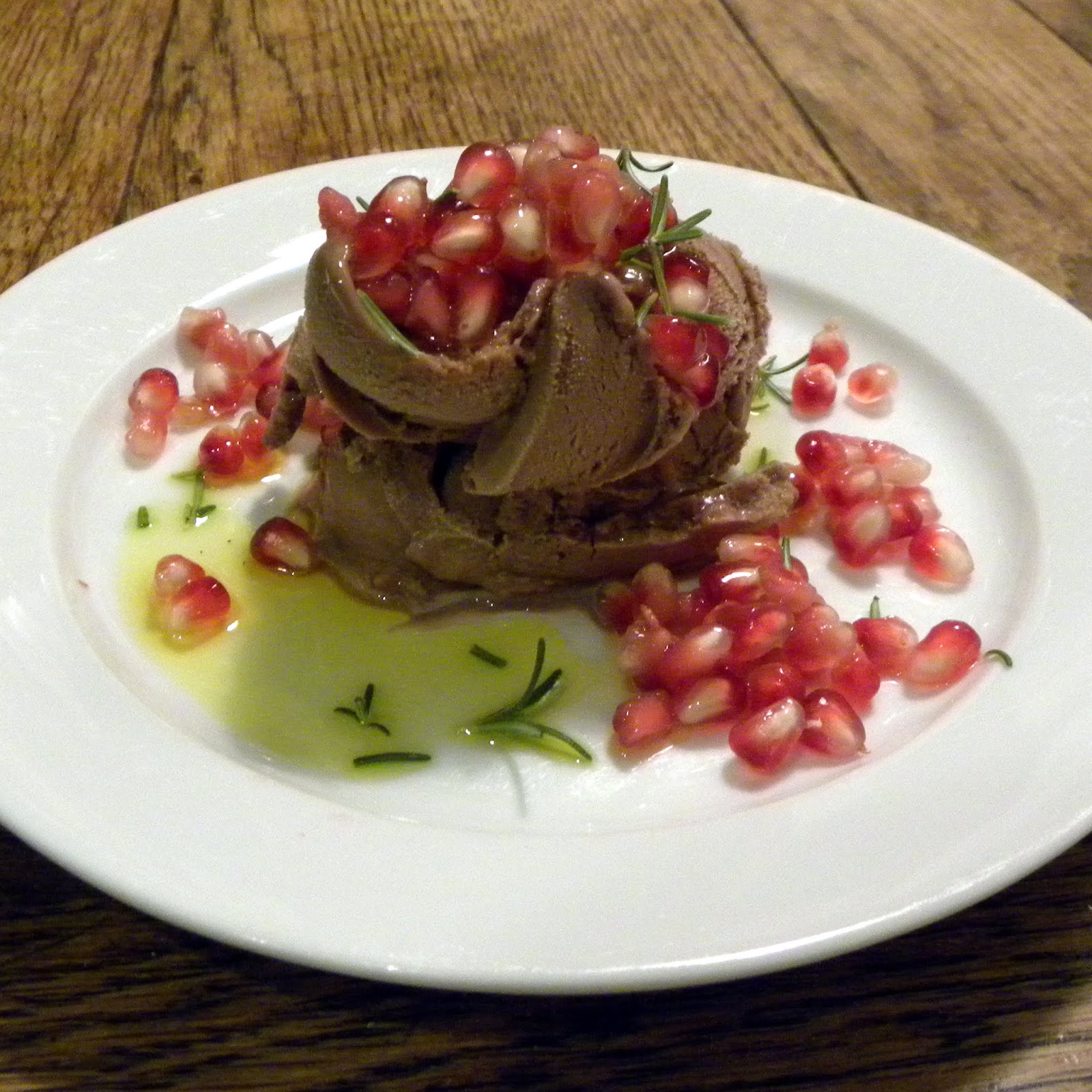 Posted by cookscache at 9:04 AM