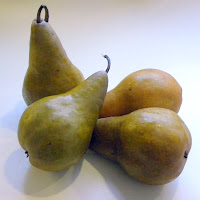 Chris came to dinner last night. From my suggestions, he chose Spaghetti-Ricotta Bake. This called for a fruit dessert, not a cake/pastry thing.  Cranberry-Apple Crisp would be perfect, but I had served it so much recently.  At the farm stand, I found some of the last of the local pears and tried this.... 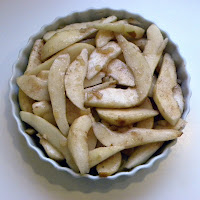 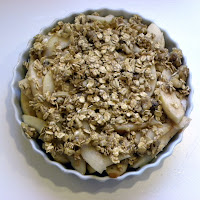 In the same bowl used to mix the fruit (do not wash) combine:

Mix well and then add: 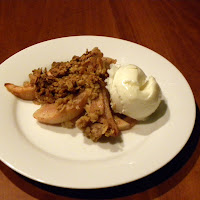 Mix until all of the oats are well coated with the "sticky ingredients", then pour topping over the fruit and distribute evenly.

The three of us who tried this agreed, we like this topping better than the topping I have been using on the Cranberry-Apple Crisp. 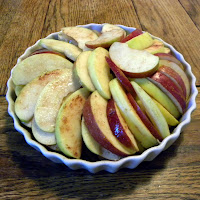 Use 4 unpeeled apples (~2 pounds), thinly sliced, instead of pears.

Increase ground cinnamon to 1/2 t and omit the crystallized ginger. 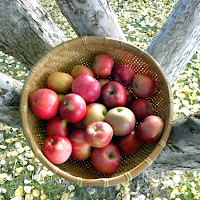 October 2013 Apples from Moogie's Tree Crisp: Ed and I were in Carbondale (CO) in October and found lots of apples from my Mom's tree awaiting us. Since a bear cub had been recently sighted in the front yard near the tree, we carefully gathered the apples every day,  I made many crisps out of these apples, including a home grown apple Birthday Crisp for my Mom with some apples we brought back to NH. 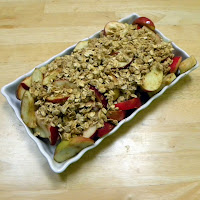 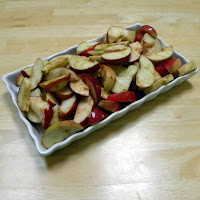